Earlier this year, the head of the U.S. Indo-Pacific Command, Admiral P. S. Davidson, sent a letter to Congress and the Pentagon urging accelerated modernization of warfighting technology in his area of responsibility. That area encompasses 52% of the Earth’s surface, including the Pacific Ocean, parts of the Indian Ocean, and Australia. However, Davidson made clear in the letter that his main concern was the rising military and economic power of China.

Among the handful of initiatives the admiral identified as high priorities was deployment of a new digital beamforming radar designed to greatly enhance the effectiveness of sea-based air and missile defense. Designated SPY-6, the radar will eventually become ubiquitous across the fleet—installed in multiple variants on surface combatants, aircraft carriers and amphibious warships. The most powerful version will increase the sensitivity of radars on future destroyers by 100 times, enabling defense against overhead threats that current sensors cannot track or target.

However, it wasn’t future destroyers that Admiral Davidson was focused on in his letter. It was the dozens of Arleigh Burke-class destroyers already operational in his command. DDG-51 Burke destroyers are the most common warship in the U.S. fleet, multi-mission surface combatants that can defeat undersea, surface, airborne and ballistic threats with the world’s most advanced sea-based combat system. The system is called Aegis, after the shield wielded by Athena and Zeus in Greek mythology.

Aegis-type warships such as the Burkes are essential components in any plan to blunt the rising threat posed by Chinese military forces in the Western Pacific. That threat today comes mainly in the form of stealthy aircraft (manned and unmanned), sea-skimming anti-ship weapons and ballistic missiles. In the near future, it will be supplemented by hypersonic weapons that maneuver within the atmosphere at a speed of a mile per second or faster. Military planners are not sure that Aegis in its existing configuration can find and track all of these threats. But equipped with a more powerful, digital beamforming radar, it could. 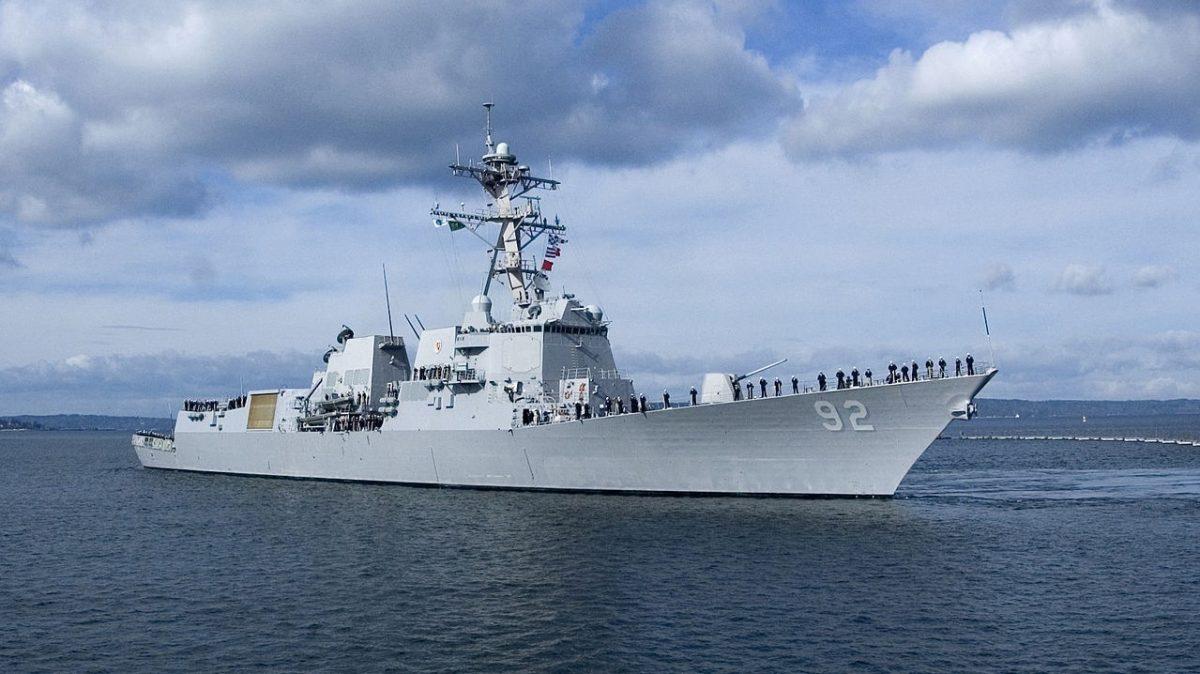 USS Momsen, a Flight IIA Arleigh Burke destroyer of the type the Navy wants to upgrade with SPY-6 radars. The head of U.S. Indo-Pacific Command says the sooner, the better.

Which is why Admiral Davidson wants to see SPY-6 installed on destroyers in his command as soon as possible. His letter states that a major operational requirement in the Indo-Pacific Command is to “accelerate the modernization of the Aegis DDG fleet with solid state (AN/SPY-6) air search radars, to compete against the advanced threat of hypersonic and ballistic missiles.” The letter identifies several other urgent investment priorities in the region, but it’s hard to see how the Navy can hope to deter China’s rising military power without quickly bolstering its sensors for tracking the new generation of airborne and ballistic threats.

What makes the new radar unique is its application of gallium nitride and digital beamforming technology pioneered by Raytheon (a contributor to my think tank) that permits the generation of more powerful, precise radar signals suitable for use in dense, cluttered air space—even when an adversary is trying to jam the signal or interfere with transmissions using cyber attacks. All SPY-6 variants share the ability to see much farther and track a wider array of overhead threats than the radars they will replace.

In the case of legacy Burke-class destroyers, the gain in sensitivity is on the order of 30-fold. The ships already in the fleet can’t accommodate the biggest version of SPY-6, which consists of 37 radar modular assemblies, each consisting of a dense cube measuring two feet in each dimension. The module arrays are almost infinitely scalable and are easily maintained, but on a typical legacy destroyer only 24 can be used, owing to power, cooling and space constraints. Nonetheless, a 30-fold increase in sensitivity is a huge performance gain, permitting existing destroyers to detect and track items like stealthy drones and hypersonic glide weapons. The radars on multiple warships can also be networked to fashion a mega-array of sensors.

So of course Admiral Davidson wants to see SPY-6 deployed to his region pronto. It may be the single most important advance in this decade enabling the continued survivability and lethality of U.S. naval forces operating near China. As his letter emphasized, the National Defense Strategy singles out threats in the Indo-Pacific region for top priority in allocating warfighting resources (Russia, the other big threat identified in the National Defense Strategy, is within the operational jurisdiction of the U.S. European Command, but threats such as hypersonic weapons originating in its eastern maritime provinces are likely to become a headache for the Indo-Pacific Command too).

The question is when Indo-Pacific Command will begin receiving the increased functionality of SPY-6 on the warships it already operates. The Navy has a plan to begin equipping 15 “Flight IIA” Burke destroyers with the 24-module variant of the radar, with first delivery occurring in 2024. This seems too slow a pace, and too few warships total, given the rate at which the threat is advancing. The Pentagon’s Missile Defense Agency has recently raised the priority of defending against hypersonic weapons, and one need look no further than last week’s military parade in Beijing to see that China is moving forward steadily in the development of new weapons threatening the U.S. fleet.

U.S. military planners can’t know for sure when China will assemble all the elements of a highly effective anti-access posture aimed at pushing U.S. forces beyond the first island chain off its coast, but that day is rapidly approaching. If there is an option to backfit SPY-6 onto more legacy destroyers faster, the Navy should pursue it. After all, the Western Pacific littoral has become the industrial heartland of the entire global economy; if China comes to dominate the region, it will have profoundly negative repercussions for America’s wealth and security.