Word within the Pentagon is that official Washington will be “shocked” at program cuts the Air Force plans to make in its next budget. At least, that’s what a senior decisionmaker in the know told me.

Following the example set by the Army last year, the Air Force has reviewed all of its programs, over a thousand different projects, with an eye to determining whether they match the Trump Administration’s national defense strategy. That strategy shifted the emphasis in warfighting plans from defeating violent extremists to countering Russia and China—a very different focus requiring more advanced technology.

In order to find the money for development of new warfighting technologies, the service will need to cut spending on weapons not suited to fighting near-peers. Acting Air Force Secretary Matthew Donovan told a Defense News conference earlier this month that “we need to shift funding and allegiance from legacy programs we can no longer afford due to their incompatibility with future battlefields and into the capabilities and systems that the nation requires for victory.”

Defeating a future Chinese military equipped with hypersonic weapons and stealthy drones clearly demands a different kind of force than one that spends much of its time chasing ragtag insurgents in Southwest Asia. Weapons left over from the Cold War that worked fine against terrorists lacking air defenses would fail miserably in fighting the Chinese military of tomorrow. 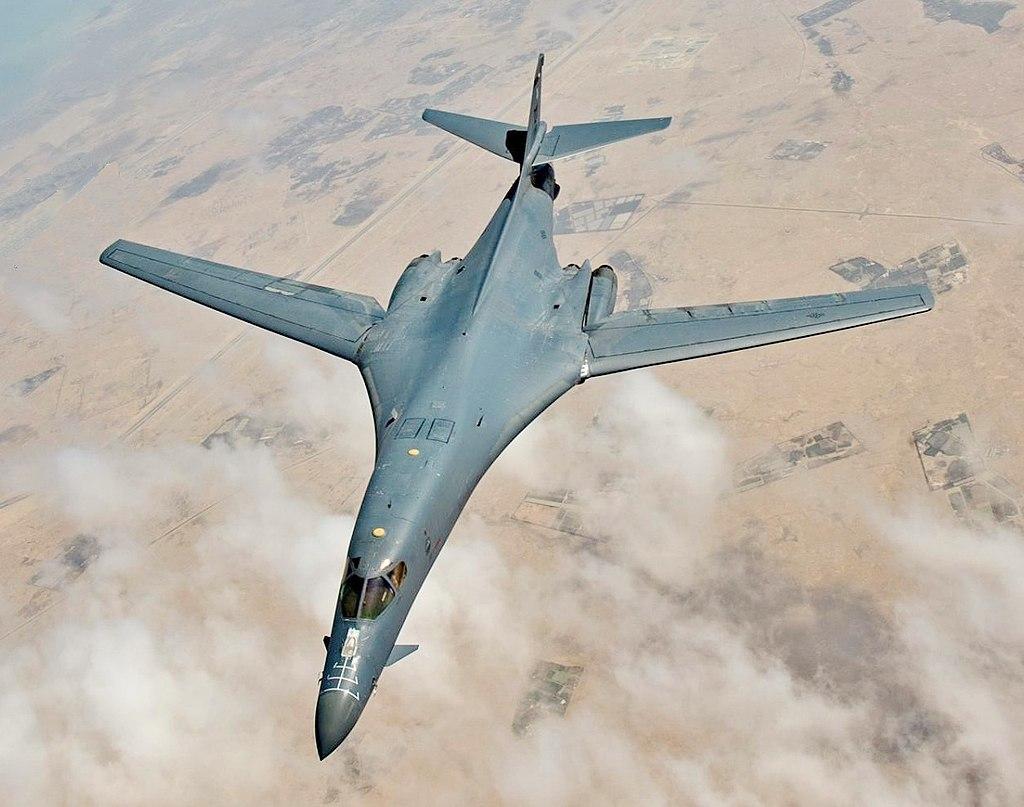 The Air Force’s B-1 bomber faces severe readiness problems. It is supposed to stay in service for many more years, but Air Force leaders are ambivalent at best about that prospect.

The Air Force has been fairly open about what it needs to buy: stealthy combat aircraft such as the B-21 bomber, more resilient satellite constellations, warfighting networks that can communicate seamlessly across all warfighting domains, etc. What it has not been open about is the weapons that need to be defunded to free up money for more forward-looking concepts.

However, if you follow what service leaders have been saying about the future warfighting environment, it becomes clear which current systems are endangered. Here are five programs in the crosshairs of budget planners.

The E-8 radar plane. Officially known as the Joint Surveillance and Target Attack Radar System (JSTARS), the E-8 hosts a radar that can track and image moving ground targets. It is a technological marvel, able to follow dozens of targets simultaneously despite ground clutter. However, the radar was installed on second-hand Boeing 707s that are hard to keep airworthy, and the planes would be highly vulnerable to Russian or Chinese air defenses in a future war. The Air Force has previously said it plans to keep the E-8 operating until an alternative is found, but that has proven so expensive the service probably will move to kill the program in 2021.

The KC-10 tanker. The KC-10 Extender is the most capable aerial refueler in the current operational fleet. Based on the DC-10 widebody jetliner, it can deliver much more fuel than the aged KC-135 Stratotankers comprising most of the refueling fleet. However, the plane carries much more fuel than is required in a typical refueling mission, and KC-10s are expensive to maintain because there are only 59 of them. With the more capable KC-46 Pegasus about to join the force, the service will likely move to retire the Extender and rely for the time being on its 380 Stratotankers—even though they are well over half a century old.

The RQ-4 Global Hawk drone. Global Hawk is the most capable drone in the joint inventory, able carry over a ton of reconnaissance equipment aloft for more than 24 hours. Drones proved very useful when fighting insurgents who lacked air forces or air defenses, but Iran’s shootdown of a U.S. Navy version of Global Hawk in June underscored the system’s high vulnerability against well-equipped adversaries.  The manned U-2S spy plane has much less endurance, but it can fly higher and carry a bigger payload. It is also likely to fare better in any encounter with hostile aircraft. This would not be the first time the Air Force has considered retiring its 34 Global Hawks, but the emerging warfighting environment makes finding a more survivable alternative necessary.

The B-1 bomber. The B-1 Lancer is the only supersonic bomber in the long-range strike fleet, and it carries a bigger payload than other heavy bombers. Using precision-guided munitions, it has performed well in supporting U.S. ground forces during the global war on terror. But the 62 B-1s in the current fleet were not designed for such missions and some have now begun to exhibit structural issues. It was reported earlier this year that fewer than ten of the aircraft were available for combat due to maintenance issues, and when they are, the planes cost $40,000 per hour to operate. The chief of staff of the Air Force signaled at a conference this week that he would like to begin retiring the B-1 soon—a process that may commence with the 2021 budget request.

The A-10 attack plane. Nicknamed the Warthog, the A-10 is a rugged, low-flying jet developed to serve as a dedicated tank-killer during Cold War. Some Air Force officials consider it to still be the best light-attack plane the service has, but in a world where surface-to-air missiles have proliferated, its survival against Russian or Chinese forces is highly doubtful. The Air Force has already tried to retire the A-10 once in this decade, and since that abortive attempt, key defenders of the plane such as Senator John McCain have disappeared from Capitol Hill. The Air Force has publicly denied it intends to retire the A-10, but given the service’s past ambivalence about keeping it in the active force, the Warthog’s future is dim.

Obviously, there are other places the Air Force could go to save money. It is common knowledge among service leaders that roughly a third of its domestic bases aren’t really needed to support future warfighting plans. But the 2021 budget request will be sent to Congress in a presidential election year, and proposing closure of bases or trimming of benefits would likely incur the wrath of the White House. So the Air Force is seeking big savings in its weapons accounts to find money for the warfighting technologies of the future. Something has to go, and the list of candidates starts with aged weapons that are expensive to maintain and too vulnerable to survive in the brave new world of digital warfare.

I have business ties of one sort or another with companies that might be helped or hurt by the Air Force’s pending budget choices.