The Trump administration issued a new Executive Order on September 21 expanding the U.S. Treasury’s authority to block North Koreans, and those who do business with or on behalf of North Koreans, from accessing the U.S. financial system. It represents the broadest effort to date to use economic pressure to reverse Kim Jong-un’s decision to pursue a capability to threaten the United States with nuclear weapons.

The U.S. Treasury now has the capacity to target North Korean financial transactions and overseas labor networks, any entity that trades with North Korea, to bar vessels or aircraft that have visited or interacted with North Koreans within the prior six months from entry into U.S. ports, and to block North Korean assets that flow through the U.S. financial network.

A measure of the power of the new authorities is that China’s central bank immediately issued an advisory to Chinese banks to stop providing financial services to new North Korean customers and to wind down loans with existing North Korean customers. Essentially, the Executive Order enables secondary sanctions on Chinese entities and puts Chinese entities that do substantial business with the U.S. at risk of facing significant financial losses, providing a powerful incentive for Chinese compliance with Treasury rules.

The breadth of the Executive Order should provide the United States with the capability to counter many of the sanction-evasion tactics North Korea has employed as part of a cat-and-mouse game. North Korean shell and front companies and dual ledgers kept with Chinese partners have enabled financial flows to and from the country that have enabled North Korea to safely embed its procurement activities in the global supply chain. Assistant Treasury Secretary Marshall Billingslea says his department engages “on a daily basis in ‘hand-to-hand’ financial combat with North Korea’s illicit networks.”

As the U.S. Treasury detects entities that violate the new Executive Order, those partners of North Korea will be at risk of having their U.S.-based assets frozen and/or blocked from the U.S. financial system.

If the U.S. Treasury applies its authorities aggressively and in concert with other financial authorities in Europe, Japan and South Korea, the isolating effect on flows to North Korea should be sufficient to impose serious economic hardship inside the country. The scope of the U.S. Treasury action is proportionate to the level and urgency of the threat from North Korea that the administration feels, in contrast to the UN Security Council resolutions, which are products of a consensus involving China and Russia as proponents of the lowest common denominator. 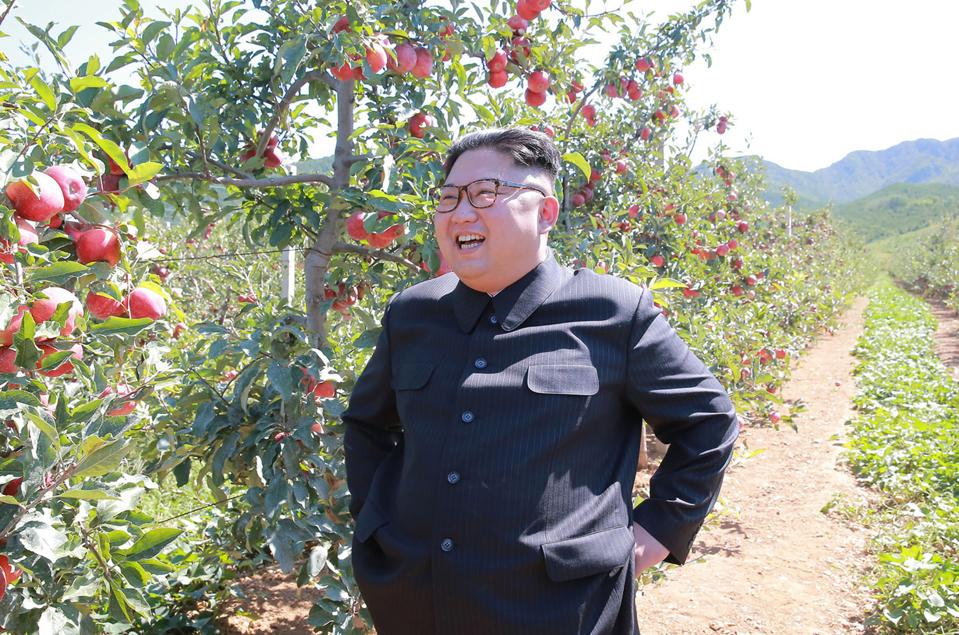 It is still not clear that North Korea will yield to economic pressure in its pursuit of nuclear weapons. After all, North Korea’s nuclear project is ultimately about Kim Jong-un’s survival, which he regards as a higher priority than economic hardship. Moreover, Kim himself will be the last North Korean to suffer from economic sanctions; rather severe restrictions on North Korea’s trade with the outside world may generate a renewed humanitarian crisis that would put at risk millions of North Korean people.

Read more on Forbes: Why Kim Jong Un Wants North Korea To Be Too Nuclear To Fail

Thus, there is a risk that Kim Jong-un will see economic sanctions, in tandem with presidential threats of annihilation and continued shows-of-force along the demilitarized zone (DMZ) and on North Korea’s east coast, as a strategy for regime change. That is why it must be paired with efforts to strengthen channels of diplomatic communication to North Korea that gives credibility to Secretary of State Rex Tillerson’s rhetoric that the U.S. does not seek North Korea’s collapse, or, for that matter, to wipe North Korea off the face of the earth.

While North Korea uses missile and nuclear tests as its main tools by which to convince the U.S. to acquiesce to the country’s nuclear capability, the new U.S. economic sanctions are designed to magnify the costs of North Korea’s nuclear acquisition and put the survival of the Kim Jong-un regime sufficiently at risk to convince him to reverse direction and denuclearize. Unless both sides can find space to reduce misunderstanding, both North Korea and the United States are on a trajectory through their respective actions toward not just hand-to-hand economic conflict, but also a much more costly military confrontation.

Scott Snyder is senior fellow for Korea Studies at the Council on Foreign Relations and author of South Korea at the Crossroads: Alliance and Autonomy in an Era of Rival Powers.

This article was written by Scott Snyder from Forbes and was legally licensed through the NewsCred publisher network. Please direct all licensing questions to legal@newscred.com.