Orlan-10 drones, widely used by the Russian military, were part of the swarm exercise in Kavkaz-2020

Russian state news agency TASS reports that a swarm of drones was used for the first time in a military exercise.

The drone operation was part of the giant Kavkaz-2020 (Caucasus 2020) exercise now being held at training grounds of the Southern Military District, which involves some 80,000 personnel. Previous releases indicated that the focus of the exercise would be on drone warfare.

“At the Kapustin Yar proving ground a combined group of unmanned aerial vehicles (UAV) was created. It incorporated Southern Military District units armed with drones Forpost, Orlan-10, Eleron-3 and others,” according to a Defense Ministry official quoted by TASS.

The various drones reportedly carried out reconnaissance from very low to high altitude, as well as hitting ground targets.

While this does not appear to be a true drone swarm in the technical sense, in which a collection of unmanned vehicles co-ordinate their actions to operate as a single coherent entity, it does represent a step-change in Russian drone operations.

The Russians already have drones efficiently integrated with their artillery, especially their feared multiple rocket launchers: in fighting in Eastern Ukraine, the sighting of a Russian drone was frequently followed within minutes by a devastating and accurate rocket barrage. This reconnaissance-strike model – which effectively wiped out two Ukrainian battalions in minutes at Zelenopillya – has raised concerns in U.S. Army circles. However, at present each drone appears to be tied to a specific unit, with one type associated with medium BM-21 rocket batteries and another spotting for the heavier Smerch and Urgan launchers.

This would potentially mean that any drone could feed data to any artillery battery. The collective drone fleet would be able to view far more of the battlefield and direct precision strikes on any point below using short- or long-range weapons as needed – Smerch rockets have a range of over fifty miles.

Bendett notes that the three drone types mentioned, the large Forpost which is based on the Israeli Searcher II, the medium Orhan-10 and the tactical Eleron-3 are all in use in Syria and that Syria was where the Russian drone-artillery combination really took off. This suggests that the exercise is taking advantage of lessons from the Syrian conflict and further refining tactics.

While the Russians currently make little use of strike drones, tending to use them as eyes for their artillery, Bendett says there are signs this is changing, as the reference to drones hitting targets may indicate.

“At this point there is lots of research in Russia on the UAV swarm use, and there is testing and evaluation of such concepts,” says Bendett. “Downrange, coordinated drone use would incorporate ISR [intelligence, surveillance and reconnaissance] as well as combat and strike drones.”

Bendett says that the Russian military is also looking at coordinating aerial drones with unmanned ground vehicles. This includes using ground robots as drone carriers, and having drones spot targets for robot tanks.

At the same time, the U.S. Army Futures Command has just released details of its Project Convergence tests carried out at Yuma Proving Ground earlier this month. Project Convergence seeks to combine Long-Range Precision Fires with drone reconnaissance. In one exercise the team launched six ALE [Air Launched Effects] drones at once, “flooding the zone with our drones for the first time” according to Brig. Gen. Wally Rugen. 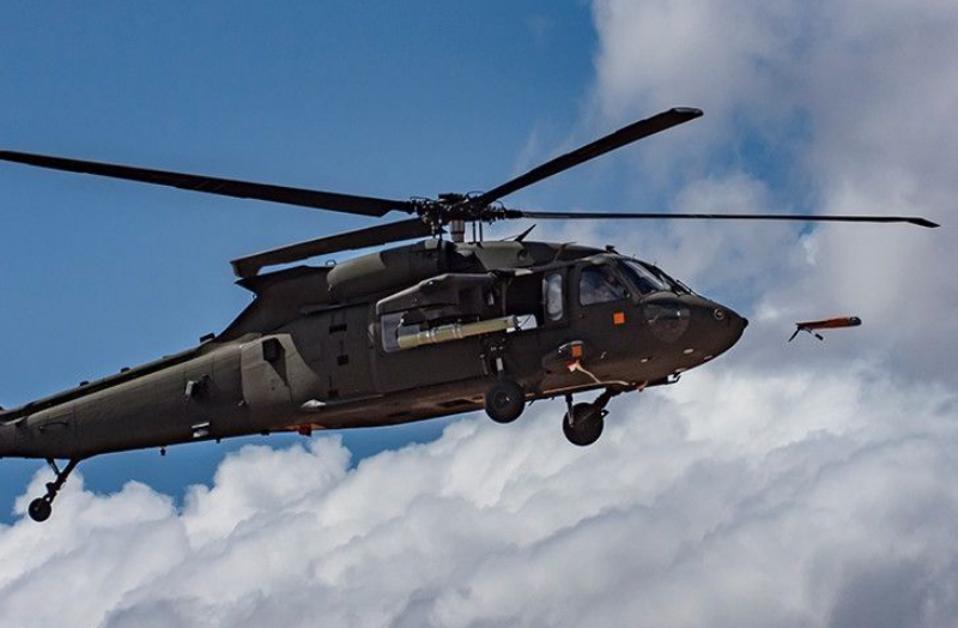 As with the Russian exercise, the aim seems to be to put sufficient drones up to dominate an area with reconnaissance and target acquisition eyes in the sky, hitting from long range with weapons like the Army’s new Extended Range Canon Artillery. With the U.S. project, the drones are more sophisticated and there is more emphasis on technology allowing data to be pushed around at high speed. But the recognition of the failings of the traditional ‘stovepipes,’ in which drone data was not shared outside a specific unit, is the same.

Everyone, it seems, is scrambling to make the best use of the large number of drones now available to frontline forces. As with other new weapons that become available to all sides, from dreadnoughts to tanks, whoever develops the best tactics is likely to be the winner in the next conflict.