Iranian President Hassan Rouhani speaks during a press conference in Tehran on May 22, 2017. Rouhani said that Iran does not need the permission of the United States to conduct missile tests, which would continue ‘if technically necessary’. / AFP PHOTO / ATTA KENARE (Photo credit should read ATTA KENARE/AFP/Getty Images)

Iran’s nuclear program even without a bomb as we speak, enjoys the potential of becoming more dangerous than today’s North Korea after a recent hydrogen bomb testing – with new reports showing the blast delivering a far more powerful yield than presumed – and its increasing row with the international community.

Iran’s nuclear program, however, elevates to a higher level when we come to fully comprehend the nature of Tehran’s ambitions in pursuing objectives through treacherous measures. This is a regime that has yet to be punished for its malevolent actions throughout the past decades, and this needs to change.

The clerics in Tehran rule a state fully acknowledging the fact that its very survival hinges on the ability to literally adopt an aggressive approach that is germane to causing mayhem abroad.

Taking advantage of the Iran-Iraq War of the 1980s, launching terrorist attacks and assassinations throughout the 90s, and in the new millennium enjoying the devastating 9/11 aftermath in the wars of Afghanistan and Iraq, leading onto Syria and Yemen today.

While there is no intention to justify North Korea obtaining nuclear weapons, it is crystal clear that Pyongyang has gone the limits in procuring its nuclear arsenal for defensive purposes and to be legitimately recognized and respect.

Iran’s regime, however, has far more hostile goals in its crosshairs. As the Islamic State terror group is being defeated in Iraq and Syria, an increasing concern is focused on Tehran’s intention of establishing a land-bridge to the Mediterranean.  This would provide Iran the capability to send boots, arms, finances and other necessities for its proxy forces checkered across these lands to establish a long-lasting foothold.

Iran’s top commander in Syria: Hezbollah is Iran’s greatest achievement in the region. Without Syria, Hezbollah would not have existed pic.twitter.com/ug2j8tNisv

Coupling a nuclear arsenal with Iran’s other assets escalates the threat even further. Iran is sitting on a sea of oil, possessing the world’s fourth largest crude oil reserves. If that were not enough, Iran also enjoys the luxury of owning the world’s second largest natural gas reserves.

North Korea lacks any such natural resources. Again, this does not legitimize in any way Pyongyang’s pursuit of nuclear weapons, especially how its population continues to struggle with poverty and starvation.

Speaking of people, Iran’s over 80 million is the second largest population in the region, providing it with a very large and capable workforce. Whereas North Korea has a population of 25.4 million and is forced to send tens of thousands of workers abroad to send money back home for their careworn families. 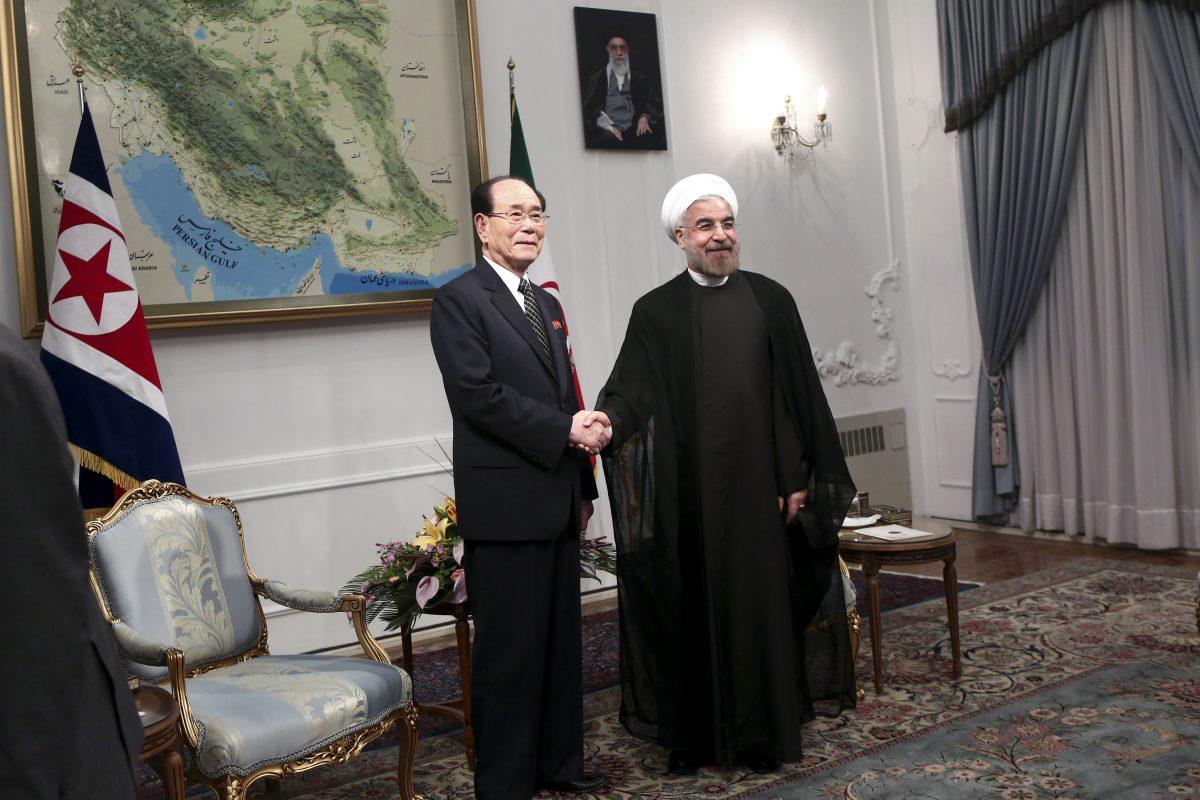 Another very distinct difference between the two states is the fact that Iran is significantly religious, taking advantage and provoking sectarian strife in the Middle East. Iran becoming a nuclear power will elevate the stakes in this flashpoint region and most certainly launch a nuclear arms race of disastrous prospects.

North Korea, however, is surrounded by South Korea and Japan, two major US allies, and tens of thousands US boots stationed in various bases and ships.

China, most likely North Korea’s only key ally, and Russia most certainly will not side by Pyongyang in the case of a substantial conflict with the international community. This has been proven as the United Nations Security Council on Monday slapped the harshest sanctions to date on North Korea, capping fuel deliveries and banning all its profitable textile exports.

Pyongyang understands very well it can quite easily lose the support of Beijing, especially with new threats from Washington, and Moscow is no party to count on.

Reports indicate the Trump administration is busy weighing a more aggressive strategy on Iran. This should include inspecting the regime’s military sites, especially after a senior advisor of Iranian Supreme Leader Ali Khamenei rejected any such measures by the UN nuclear watchdog, the International Atomic Energy Agency (IAEA).

Interesting is the fact how former IAEA deputy director general Dr. Olli Heinonen described the agency’s Iran inspections program as “less comprehensive and less intrusive since the implementation of the JCPOA.”

There will most definitely be a chorus of warnings by Iran apologists claiming such a stance will only render negative results. Unfortunately, as a result of such lobbying, the West and the international community as a whole has to this day embraced engagement with Iran, refraining to take necessary actions.

Furthermore, this is not a call for another unnecessary war in the Middle East, as many Iran apologists would quickly paint it so.

Considering the process we have witnessed with Iran to this day, the vital steps ahead are actually quite straightforward:

This article was written by Heshmat Alavi from Forbes and was legally licensed through the NewsCred publisher network. Please direct all licensing questions to legal@newscred.com.