China launched its first domestically-constructed aircraft carrier in the north-eastern port of Dalian on Wednesday, according to state media. The unnamed vessel (classified as Type 001A) is set to become operational by 2020 and it’s the country’s second aircraft carrier after the Liaoning, a refurbished Soviet ship purchased from Ukraine in 1998. The new carrier is being viewed as a significant upgrade on the Liaoning which many analysts believe is being used primarily for training as Beijing seeks to develop a true blue-water navy and modernize its military. 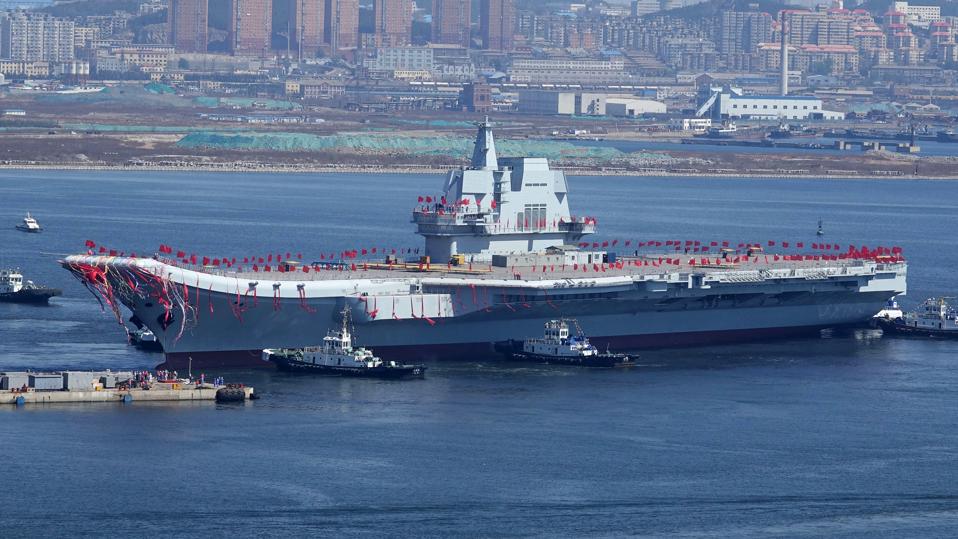 Type 001A, China’s second aircraft carrier, is transferred from the dry dock into the water during a launch ceremony at Dalian shipyard in Dalian, northeast China’s Liaoning Province, April 26, 2017. China has launched its first domestically designed and built aircraft carrier, state media said on April 26, as the country seeks to transform its navy into a force capable of projecting power onto the high seas. (STR/AFP/Getty Images)

The new Type 001A looks similar to the Liaoning but it has a larger hangar and increased deck space, meaning it can carry more J-15 fighter aircraft and helicopters than its predecessor. It is also outfitted with more advanced technology, though it retains the oil-fuelled steam turbine power plant and ski-jump style deck for launching its aircraft. China’s aircraft carrier program is steeped in secrecy and it is part of an ambitious expansion of the country’s navy amid territorial disputes in the South China Sea.

Analysts have said that Wednesday’s launch is largely symbolic for China and that the ship still lags a considerable distance behind the carriers operated by the U.S. Navy. However, China has now become one of only a handful of countries to launch an indigenous carrier and more are likely to follow. How does the Type 001A class compare with the latest American supercarrier, the USS Gerald R. Ford? The lead ship of her class, the Ford is set to be commissioned sometime later this year. As the following infographic shows, she boasts an air wing considerably larger than the Chinese carrier, along with state of the art electromagnetic catapults to launch aircraft. 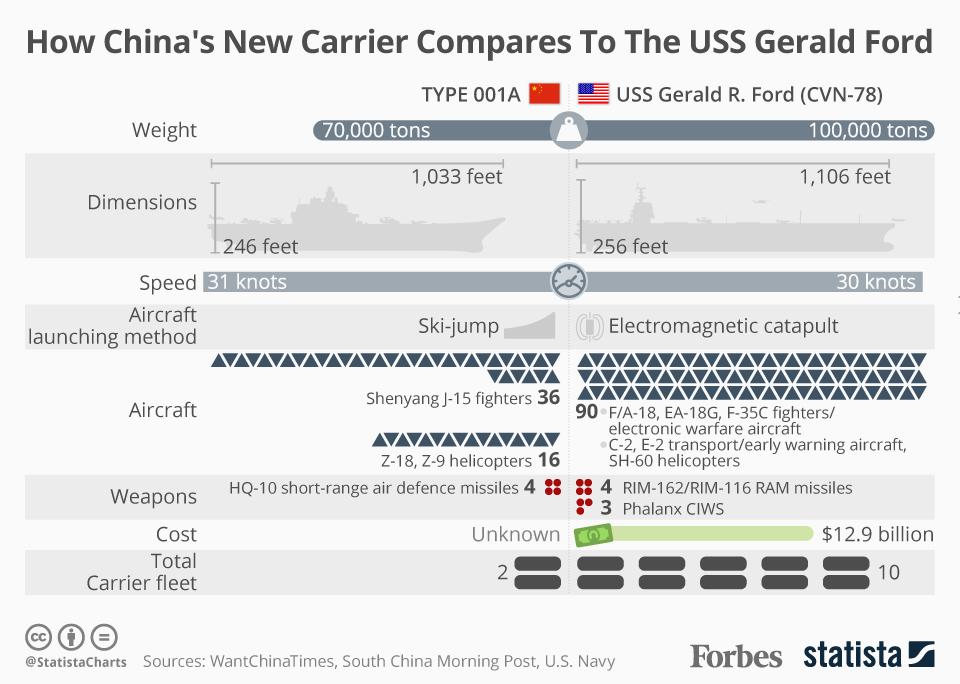 Key facts about the new Chinese aircraft carrier and the USS Gerald Ford.