›
Life After the Military

As a retired senior non-commissioned officer, I understand the military can offer a great life and that it’s important for those in the military to think about what life will be as a civilian. 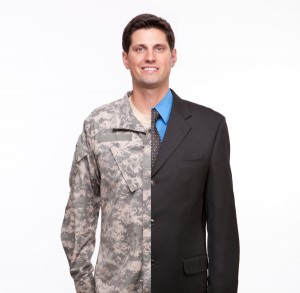 The most important chapter of my military career happened as a young sergeant first class. I was standing outside the orderly room talking with the first sergeant. He looked me straight in the eyes and said: “Mike, do you plan on being 40 years old one day?”

I replied: “Yes, hopefully, that and many more, if possible.”

He then said, “Think about it, Mike” and walked away.

I did think about it. I thought about it a lot in fact. I had taken a few college classes off and on, but had previously thought there was no rush to earn a degree. But I could not get my first sergeant’s words out of my head. This prompted me to speak with my older brother, a senior non-commissioned officer in the Navy. He had a bachelor’s degree and encouraged me to think beyond the military and towards my life as a civilian.

In fall 1998, I retired from the military with an associate’s degree, two bachelor degrees, and a graduate degree. I was not 40 years old, but I was ready for life beyond the military.

Since my retirement, I have earned another graduate degree and a doctorate degree. I owe this to the advice I received. I wish to pass on this advice to those still in the military and to veterans who are transitioning to the civilian workforce.

The advice is simple: It is not too late to earn a college degree.

Since military retirement, I have devoted my life to teaching and assisting others to achieve their educational goals. I know what it is like to balance work and a family while earning a degree. It takes determination, but it can be accomplished. I did it. You can too! 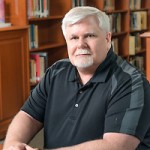 About the Author: Dr. Michael L. Beshears earned two baccalaureate degrees one in psychology and another in criminal justice from Drury University. In addition, he earned two graduate degrees one in criminology from Indiana State University and another in health services management from Webster University. He earned his Ph.D., in Business Administration with a specialization in Criminal Justice from Northcentral University. He is a retired Senior Noncommissioned Officer in the U.S. Army. His 22-year active duty military career included various roles and positions. He has assisted with various types of investigations working with different agencies military and civilian. He also has an extensive background in emergency medicine and intensive care medical treatment, as a combat medic, emergency medical technician, and licensed practical nurse. Mike is currently an assistant professor of criminal justice at American Military University & American Public University and is full-time faculty in the School of Security and Global Studies. You can contact him at michael.beshears(at)mycampus.apus.edu.